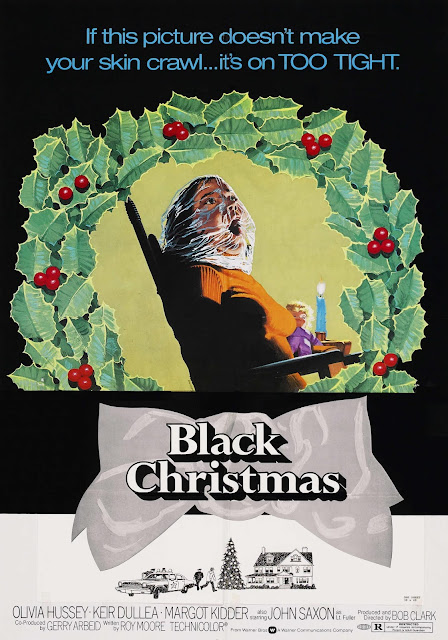 Merry Christmas and happy holidays everyone! And of course I have to be a weirdo about it and review a horror movie associated with this time of year.

Let's dive straight in and see if this one is a holiday classic that can be enjoyed every year. For anyone interested in checking this out, I was able to watch it on Amazon Prime Video.

In terms of horror, this is a pretty historical movie as it is considered one of the earliest slasher movies and inspired other filmmakers such as John Carpenter who would end up directing Halloween four years later, so without this movie that classic may have never even existed.

In terms of the story it is pretty simple. While a sorority house is having a Christmas party, a stranger decides to climb into the house with the intent to pick off potential victims one by one.

First off I'm actually surprised at how tame this movie was overall as there is a distinct lack of gore which I was definitely expecting after hearing about how brutal this movie supposedly was and how it was close to being banned at the time. I think even Alfred Hitchcock's Psycho was more violent than this. It's not a bad thing at all though as the film has it's own ways of disturbing the audience.

For example, none of the kills are actually ever shown properly and you're only really shown the implications of how that particular person was murdered and it does work well. Do you remember that scene from Reservoir Dogs where the cop is having his ear cut off but the camera pans away while it's happening, leaving the viewer to picture the horrific scene in their head? This movie is quite like that with one scene where a character has a hook thrown into their face, and all you see is their body shaking from the impact and all you hear is the scream of pain from the victim. It's very effective and more memorable as a result.

Now usually in these kinds of slasher movies the characters are all pretty much throwaway and are there simply to add to the body count, but here every girl has their own distinct personality like the housemother, Mrs MacHenry, who I found hilarious as she constantly goes into her hiding places for her booze when the girls aren't looking for a cheeky drink.

I was rooting for these girls and even found myself nearly shouting at the TV towards the end of the film because I didn't want to see any of them die. I'd also heard that the movie is pro feminist which is true to an extent as none of the girls come across as weak or make dumb decisions.

We also have our main girl Jess who announces to her boyfriend at the start of the movie that she's pregnant but doesn't want to keep the baby. Her boyfriend tries to stop her but she's determined to get rid of it. There's a few scenes like this in the movie with Jess almost being forced into doing what she doesn't want to by him, only for her to deny him and do what she wants to do. It's actually pretty refreshing considering the time period. 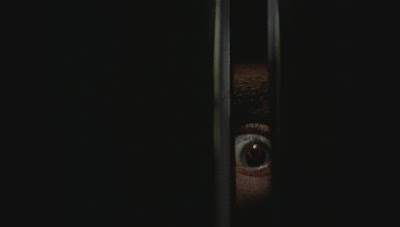 And then we have the killer. After watching this I have no doubt in my mind that this is one of the all time great slasher villains just due to the subtlety alone. Throughout the whole movie he pretty much remains nameless (he's known as Billy because he keeps uttering this name to himself) and faceless. You never see what this guy looks like which adds to the mystery of his identity since it could be a character we already know, and also leaves you picturing what he looks like with your own thoughts and fears to make him even more terrifying.

When he's alone he's a raving lunatic making no sense at all, but when he's on the hunt, he's as silent as a cat ready to pounce on the next bit of prey. You can see clearly where the inspirations for Michael Myers in Halloween came from.

If I was to have any criticism of the movie I would say that for a 90 minute movie it does slow down a little in the middle with not much going on which does hurt the replay value slightly, but it isn't enough to derail the movie and if anything adds to the tension of wondering when Billy will strike next.

Overall I was pleasantly surprised by this movie as I wasn't expecting much but ended up getting a fun slasher that was better than most horror movies today. This is one I'll be keeping for watching only at Christmas time. If you enjoy slashers or just want something different at Christmas then I'd definitely recommend checking this out on Amazon Video or the DVD/Blu Ray.