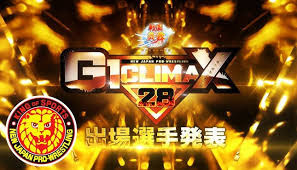 So this is something I thought I'd try out for the foreseeable future as these will be very short posts with just the ratings of the matches on a particular show with no spoilers at all for anyone that wants to know which matches they should watch on any given show.

I was just aiming to do with with some of this year's G1 as it has been spectacular overall, but I may continue with WWE events and I was also thinking of trying it with wrestling DVDs and the huge amount of collections on the Network.

This won't take time out of me reviewing movies and games as I usually just watch wrestling in my downtime anyway so it shouldn't alter my schedule in any way.

So let's see what the matches on the final G1 show get.

Hiroshi Tanahashi vs Kota Ibushi in the G1 Climax 28 Finals Match : ***** (Absolute classic war you should check out)

Overall a pretty fun show with a bit too many tag matches for my liking with the only singles match in the undercard being the short, shitty Fale match. Definitely check out the Finals match though. MOTY candidate for sure.
Posted by rossd971 at 04:01