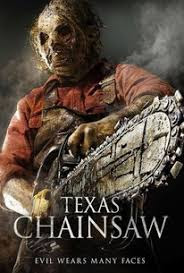 And back to this sordid franchise we come. I'll admit that after watching the surprisingly good The Beginning, I was dreading moving onto this one as it's one I've never actually seen before and I've heard nothing but bad things from critics and movie fans alike. Although it has been common for me in the past to enjoy movies that others deem bad. Can this one meet that same fate? Let's take a look.

The movie actually starts off directly after the events of the original 1974 movie and even features clips showing the events of that movie for anyone that hasn't seen it before. It's pretty cool they decided to go for a straight up sequel instead of the typical remake we normally get, although that can lead to problems with ruining the legacy of the original.

For example: instead of leaving us wondering what happened to the original survivor and thinking that this family is still out there, why not just kill off the entire Sawyer family in the first five minutes of the movie? I hated this choice as it's similar to the beginning of Alien 3 where the events of the previous film don't matter so we can kill off the characters that are unneeded? Dumb idea.

Anyway the only survivor of the fire fight that kills the family is a small baby that is stolen away by a town member so they can have a baby of their own since they can't conceive one of their own. This baby grows up to be our main character known as Heather, played by Alexandra Daddario who also happens to be the only actor I enjoyed watching and had the only real interesting character.

This also reveals a big plothole which has been talked about regularly with this movie as it could have been easily fixed, but the timeframe just doesn't add up. This movie takes place in 2012, 38 years after the events of the original, and our main character who was a baby during the events of the first movie, looks about 25 years old at most. It's just such a dumb move and really pulls you out of the movie.

Anyways before I rant some more, Heather finds out she was adopted (shock horror) and has inherited some land from her deceased grandmother that she never knew. Oh and don't worry, they never reveal how the family knew where she was the entire time since that would have required some actual thought put into the plot.

We do have some other characters that end up going on the trip to Texas with Heather but the movie barely bothers to introduce them and so they end up being forgettable. They also throw in a subplot with Heather's boyfriend cheating with her best friend but this never goes anywhere and has no impact on the story whatsoever so I have no idea what the point was.

They even pick up a hitchhiker similar to the original, except it's nowhere near as creepy or interesting. Also when they eventually get to the mansion that Heather has inherited, THEY LEAVE THE MAN THEY HAVE NEVER MET ALONE IN THE HOUSE. It's been a while since a movie has annoyed me this much. 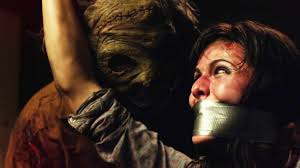 Of course Leatherface is still around and chaos ensues. Normally this would have saved the movie for me, but my god did they fuck it up. First off, he looks ridiculous. He looks like a fat Ken Dodd in a skin mask. It doesn't help that all of his killer moments are basically just retreads of most kills seen in the original movie, just done to look a little gorier. If you can't do it better than the original then don't even try.

What's worse is that this was originally intended as a 3D movie meaning that there a lot of dumb moments like the slow motion chainsaw towards the camera and it does just get annoying after a while.

I know I've basically just shat all over this movie so far but I have to admit that I was actually quite interested in the way the third act went. I won't say too much for spoilers sake but it was an interesting take on the lore of Leatherface and went a little way towards humanising him that I was weirdly into.

Don't get me wrong, the lead up to that particular point was slow as hell and just flat out boring at times so it wasn't really worth it in the end. Plus the movie bombed so it's not like we're getting a sequel to find out what happens next. All we got was a shitty redo in 2017's Leatherface.

I did think that that movie would be my least favourite of the series but this one easily takes the cake so far, and I'm scared that this might not even be the worst one with three still to go for me to watch.

Overall this movie was a complete waste of time and I can see why it was panned so badly. It's an insult to the classic it aims to continue the story of, and is just one of the least interesting horrors I've seen in a while with only an unexpected plot twist to give it any kind of merit, but it's not enough to save this pile of shit. It feels like the writers couldn't have cared less and it shows. Avoid this one like the plague. In fact a plague might be more enjoyable.