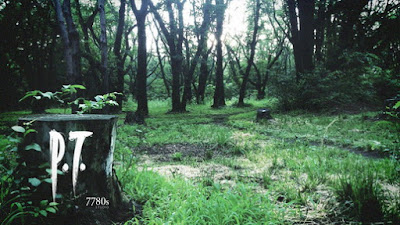 I was looking for a direction to take my horror game reviews and I thought I'd start by looking at some of my favourite series in the genre, starting with one that's very close to my heart: Silent Hill.

I know P.T. may seem like a strange place to start, but I wanted to do it while I still had it downloaded onto my PS4 (how much is it worth now?) and hopefully before it explodes cos it sounds like it's on the edge of breaking down. This teaser was released just over 4 years ago on unsuspecting players, so how does it hold up now? Let's take a look.

I would say no spoilers but there's not much to spoil here, and as always check out Chew Bubblegum and Kick Ass on Facebook and follow me for review updates on Twitter @rossd9711

So a little background first of all. This game was released simply under the name P.T. on the Playstation Store with players having no clue that it was a teaser for another entry in the acclaimed Silent Hill series, and you only found this out if you managed to finish the teaser which was no easy feat. I mean I can't even finish the damn thing.

It was later revealed that the new entry in the series would be directed by none other than the gaming legend that is Hideo Kojima (Metal Gear series) and legendary filmmaker Guillermo Del Toro (Pan's Labyrinth, Hellboy, The Shape of Water) and to say that gamers were excited is an understatement.

Unfortunately after some backstage politics between Kojima and game company Konami (worst game company ever) the game was cancelled completely and this teaser was pulled from the Playstation Store and still remains off it til this day and I'm just lucky I saved it from when I first got my PS4.

The Silent Hill series still hasn't seen a revival and seems that it has now been deemed only suitable for a slot machine game. Seriously fuck Konami. They ruined Silent Hill and Metal Gear. Anyway onto the actual game before I start a rant. 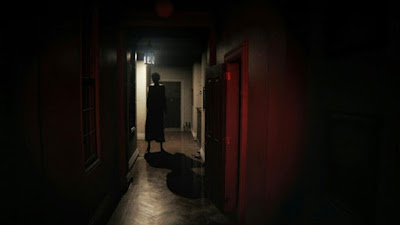 There's not too much to say about the actual gameplay portion since this is only a teaser and can be finished within an hour if you know what you're doing. But holy hell they do pack a lot into that limited time.

There's no real story given either as you wake up as a man in an apartment building and have to walk down the same corridor over and over again with the environment only changing ever so slightly every time you reenter the hall. You're given snippets of a story from the radio as it constantly refers to a murder that has taken place, and you quickly realise that you're in the scene of the crime.

Things start slowly to build up the atmosphere, with the bathroom door opening by itself and then suddenly shutting closed with loud banging from the other side. At one point the door is only slightly open and you take a peak inside to see what's making the noises, only for a dark figure to appear right in front of your face to slam the door shut. If you can continue on from this point then you have proven a bit of bravery.

Then you reenter the hallway again and then SHE appears. Lisa. She stands there staring at you from the darkness making what can only be described as some of the most unsettling sounds in gaming. You have no choice but to walk towards her and then she disappears in the darkness, leaving only some cockroaches behind. Again if you can continue past this point then well done you.

There's also one point where you can enter the bathroom and come to find what I guess is a blood covered fetus in the sink. You can do nothing but look at it while an unknown presence attempts to enter the same room as you, leaving you feeling helpless.

This all comes to a head when you turn out around at one point in the hallway and receive one of the biggest jumpscares in gaming as Lisa decides to get up close and personal. Normally I'm ok with jumpscares as I usual just end up jumping a bit and laughing at myself, but this is one of the only ones to nearly make me audibly scream it was that terrifying. If you can get past this point then congrats because this is where a lot of people turned it off for good. 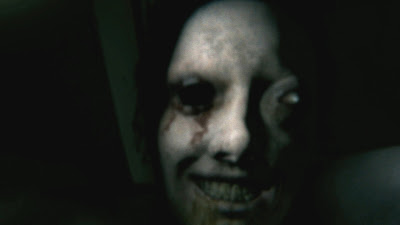 Past this point is where the game really starts to fuck with you as your flashlight will convey shadows in front of you where it looks like Lisa's twitching body is right behind you, and after that earlier jumpscare you'll be too terrified to even look back and see if she's there, haunting your every step. Even the music is diabolical and nightmare-inducing as if the whole experience wasn't anyway.

At points Lisa will begin to appear randomly and it's totally disturbing no matter how many times I see it and it will definitely stay with you even after you finish with it. Normally I would recommend a nighttime atmosphere for a horror game, but with this one that definitely isn't recommended as weird dreams and nightmares are almost guaranteed, and that's if you're not too afraid to go to sleep afterwards.

The puzzles that are presented are also pretty challenging and made even more difficult by feeling like you're being watched the whole time but I couldn't even make it to the end and apparently the ending puzzle is totally ridiculous in how challenging it is.

Given that this is just a teaser and not a proper game it is harder to rate based on that, but you can't argue with the quality here. The game looks fantastic (still better looking than a lot of current games) and as a general horror experience it's unparalleled. It's just a damn shame that it's so difficult to even play now due to Konami's fuckery.

But still since this is technically an official part of the Silent Hill series, I consider it a part of the history of that franchise and I have no doubt that the full game for this could have brought new life to not only the series, but to the horror genre as a whole.