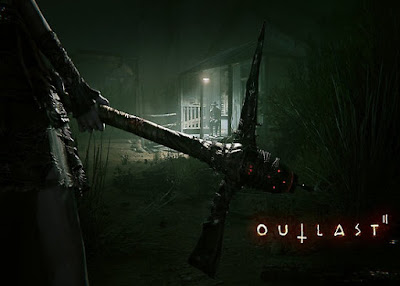 "More pain and misery in the history of mankind
Sometimes it seems more like
The blind leading the blind
It brings upon us more famine, death and war
You know religion has a lot to answer for"


I've been looking forward to talking about this one. The original Outlast was an outstanding horror game that had players chewing at the bit for an improved follow up. But this...... this is just a completely different animal.

It's like the developers took a look at the original and said "How can we make this even more fucked up than before?". I'm pretty sure they succeeded there but I'm getting ahead of myself.

I reviewed this game using the Xbox One version but have also played the PS4 version and this is just as good. I'm sure the PC version is probably the best.

The game starts you off as journalist Blake Langermann in a helicopter with his wife, Lynn, as they are investigating the apparent murder of a pregnant woman in the Arizona desert.

Suddenly a mysterious siren blares in the distance and somehow causes the helicopter's engines to fail and crash into a canyon. You wake up near the flames of the wreckage but Lynn is nowhere to seen. Although you do find the pilot of the copter, tied to a tree and skinned alive by an unknown entity. Didn't take too long for this story to get screwed up did it?

You make your way through a small town trying to find your wife or any help, but it's practically empty save for a few locals in the trees watching your every move which never ceases to give me shivers. Everything is wrong. Dead bodies are strewn all around, you find the carcasses of animals left to rot with their innards scattered on the ground.

Eventually you run into a tall woman called Marta and believe me when I say YOU NEVER WANT TO RUN INTO MARTA. Not only is she fast, but she also has a massive scythe that will kill you almost instantly, and the death animation features you having your genitals torn off. It doesn't help that when she does chase you, a hellish choir springs up in the background, making it sound as if you're being chased by the devil himself. You might as well be. Unfortunately for the player she will appear many more times and will hunt you until she gets to take away your manhood by force.

Eventually you are able to locate Lynn as she has been captured by the religious nutcases of the town and is to be killed as they believe that she is pregnant with the antichrist. At first this seems impossible as Blake hasn't had sex with her in months and even then protection was used. Can it be all that impossible though?

After escaping from the cult you run into the other cult that this lovely mountain community holds just known as The Heretics, and they plan to take Lynn to their lair in the Mines so that the antichrist may be born and bring about the end of all things. So most of the game is now is Blake trying everything he can to get Lynn back and he'll go through literal hell to get her.

Aside from this part of the game, there are also dream/flashback sequences that Blake has back to his childhood and the school he went to as he seems to be going through some repressed enemies about an old friend called Jessica, as she was found hung from a noose in school from an apparent suicide, but as these sections go on you find that the circumstances around her death are a lot more sinister. 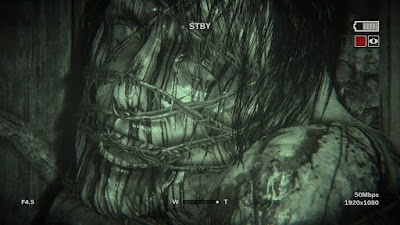 The gameplay this time is very similar to the first with only some slight changes here and there. The camera has improved this time as you now have audio feedback so you can hear where unseen enemies are lurking so you have more of an idea of where to hide or any alternative paths to take. It can be a god send at times.

This time though there's no battery counter as you instead have to check your pockets to see how many you have spare which I like as it gives the game a bit more realism to make you feel like you're actually there. You can also record certain events in the game which you can look back at any time that can give you hints on where to go next.

It's also the same in that whenever a threat spots you, your only options are to run and hide and pray they don't find you. There are more options now like hiding underwater and peeking to see if the enemy has moved on, or locking doors behind you to give you a longer chance to escape.

I do have to say that if you are easily offended, then this game is definitely not for you, especially if you are offended by any particular religious imagery. For example early on in the game you find a dark room with the only light coming through in the shape of a cross, shining down on a pile of children's corpses that you have to walk on to get to the next section.

The game also brings up controversial topics like religious officials using their position to abuse children and others. It's implied through the documents scattered around the game that the cult leader known as Knoth, has impregnated every young girl in the community and subsequently killed the child before it born in a similar fashion to the religious story of Abraham ordered by God to kill his son, so that he may prove his faith.

If the original Outlast was fucked up, then this is on a whole other level.

And this is only in the town sections, as the school flashback sections may be even worse. They are certainly the scariest parts of the game as they have a more supernatural element to them and have more moments that have you jumping out of your skin and turning the game off completely. Yes this even happened to me on a second playthrough as it can change itself up in a moment's notice.

As the school sections become more distorted, you begin to be chased by an unnameable creature. I honestly don't know what to call it aside from a living nightmare. It's a humanoid figure with multiple limbs and tentacles and isn't like any other enemy in these games. If he catches you it's instant death, making him more terrifying than any other enemy. He's caused a few sleepless nights.

I have to say though that there is a section later on in the game in a more forgotten part of the cult where the diseased townsfolk are left to rot. It's pretty disgusting as they don't mind vomiting all over you. I mention this because they have a leader which is a small mine riding on top of a larger man, and for some reason I've never seen or heard anyone making a comparison to Master Blaster from Mad Max 3. 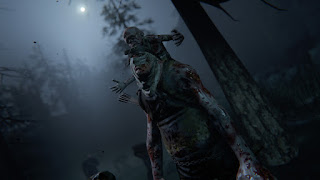 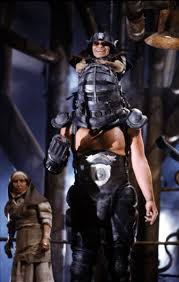 Uncanny is it not?

I mentioned at the beginning of the review that there is a siren which causes your helicopter to go down, and this is heard all throughout the game, causing you to flashback to the school, causing locals to go even crazier, causing fish in the rivers to die and the birds in the sky to fall down dead. I don't think it's ever explained what the siren actually is, but if I had to guess myself I would say it's the Murkoff Corporation trying more experiements, and they're probably to blame for the events in the game.

Murkoff is never mentioned at all, but I like to think that they're shadowy figures operating in the background, linking the games in the series together. That's another thing I like about this game in that it doesn't give you definitive answers for anything going on, only leaving clues in the form of documents and anything you've noticed yourself. I like games that let the player try to figure out an explanation on their own rather than spoon-feeding an explanation. In this way, the game really rewards you for exploration.

I know that a few players were critical of the game in the fact that it's not always clear where you need to go, but in my opinion this only adds to the horror as you can end up in a blind panic trying to find an escape route or use the environment to your advantage. If it was clear where to go it woudn't be very scary would it?

The game has a more open world feel to it than the first one, which I personally preferred as it encourages you to look around and find your own path to where you need to go and it's up to you to try and avoid potential threats. And a lone cactus. Fuck the cactus.

The only real criticism I have of the game is a rafting section mid-way through which just seems to take forever and doesn't control that well at all. Thankfully it only happens once but it's the only part I don't look forward to when playing again.

As far as graphics go the game looks absolutely stellar, and when it's not busy terrifying you it will wow you with just how real everything looks and feels. The soundtrack is also impressive and at times during some of the chase scenes or school sections, will send chills all the way down your spine.

Overall I think this game is just a marvel and easily one the best and most enjoyable horror games I've ever played and it's one I'll be happy to play again and again, and maybe even try Nightmare mode if I'm feeling brave. If you like your horror or even just a thrilling game to play, definitely give it a try. But if it feels like it might be too much for you, it will be, and in the words of Hellraiser's Pinhead, it will tear your soul apart. Your nerves probably won't do well either.