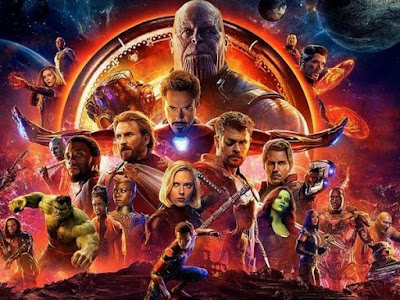 This is it. Ten years of the Marvel Cinematic Universe and eighteen movies over that period of time all leads to this. After six years of Thanos build-up, he's finally on his way to take all six Infinity Stones in his attempt to take out half of the universe. So does it live up to all the hype? Let's take a look.

Don't worry there are no spoilers here. If there's any movie worth watching without being spoiled it's this one.

How they managed to pull a massive movie like this off is beyond me. With so many characters included everyone feels like they have a place here. No one really takes over the movie to steal the spotlight and everyone gets their own little moment to shine and I love that. This could have been really messy but I feel the Russo Brothers (directors) did their absolute best to make sure that couldn't happen and kudos to them. 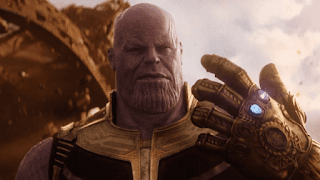 I do have to talk about the big bad guy Thanos here. I was worried before the movie came out that after so much hype he would be underwhelming and not interesting at all, but my god he blew away all my expectations. I never thought they could beat Loki as Marvel's vest villain but they may have just done that here.

While I can't go into too much detail he is just such a complex characters and you can really understand his reasons for trying to destroy half the universe. I thought his portrayal was fantastic and Josh Brolin does seem like the perfect casting choice.

Everything here just worked for me and maybe once the movie's been out for a bit I can actually go into detail with the spoiler stuff but for right now I don't want to ruin anything for anyone.

The story, the character moments, the visuals, the action scenes, the villains, everything worked to perfection in my opinion. If you're a Marvel fan you owe it to yourself to go and see this, and even if you haven't been paying attention to the MCU, it's still worth checking out for an absolute blockbuster of a movie.

I honestly hope that this movie outdoes Avatar in the box office because it totally deserves it.