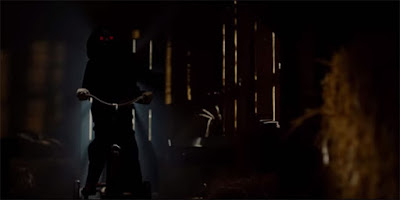 Hey look we're way past Halloween and I'm still doing horror reviews, what are the odds?

This is one I've had my eye on for a while as I have to admit that the previous Saw films are a bit of a guilty pleasure. I haven't watched any of them since 2010's Saw: The Final (ha!) Chapter so I have no idea if they hold up or if I'll get any enjoyment out of them. Then again I did just recently purchase the complete collection on blu ray so it may be time to take another look at them (hint hint).

So this new one seems to be a reboot of sorts as I guess Lionsgate studios needs a bit more money after the Hunger Games series ended and this was the best they had. So is the movie any good and a return to glory or is it a pointless entry in the series? Let's take a look.

There's no spoilers for this movie but I may end up spoiling the older movies in the series so if you haven't seen them or don't want to know what happens, avoid the rest of the review.

The movie immediately starts with a brand new Jigsaw 'game' starting up as five victims wake up with buckets on their heads and chains around their necks as they are forced to fight for their lives and follow Jigsaw's rules, no matter how insane they may be.

Each of the victims seems to be harbouring a criminal past that they'd rather stay quiet about while Jigsaw's game revolves around them confessing their sins to be freed from their traps.

While this is going on, Detective Halloran and Officer Solomon try desperately to solve the case with the help of medical staff Logan and Eleanor as they rake through clues from the bodies of the deceased to figure out where the game is taking place and how they can stop it.

Has Jigsaw returned from the dead, or is there a copycat out there trying to emulate their sadistic hero?

First off, just like a lot of the later movies in the franchise, there were no characters here that stood out to me. Everyone was just kind of plain and spouting exposition so that you know the personal history of each character.

It doesn't help that the victims of the game have obviously done something regrettable in their past and it really doesn't make you empathise with them at all and it kind of ruined the tension of the traps when I didn't care if anyone died. 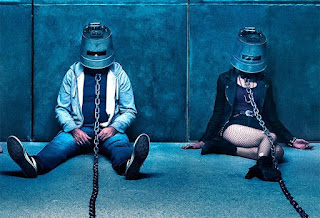 All Saw films have had some sort of twist to them to keep the story going and this one was no different. I spent the whole film trying to guess what it would be and in the end the film still managed to surprise the hell out of me with a twist I never saw coming.

It's a decent twist too as it makes sense even if I do have some slightly story related issues with it but I'll discuss that with anyone that's seen the movie.

Overall while I did have a few issues with the movie, I did have a fun time with it, but opinions will definitely vary on this one. It's without a doubt a movie made for the fans and it felt quite nostalgic for me.

If you like these films you'll enjoy this. If not then there's not much here to make you a fan of the series as you may need to catch up on the previous movies to understand some specific moments.
As a popcorn movie it definitely works even if you may be spitting that popcorn back in disgust.