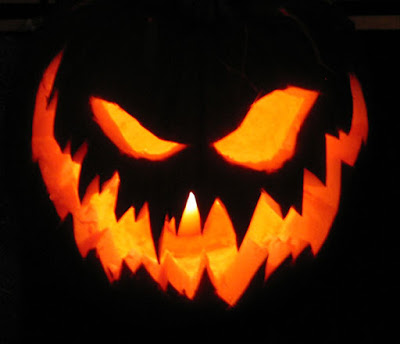 Today I thought I'd go with something a bit different as I've been watching a bit too many horror movies lately which has started messing with my head in weird ways, from my dreams to even hearing noises in the house when I'm alone, it's not been that fun.

So for a short while at least, I'll be taking a little break from horrors aside from a couple that have still to be released in the cinema.

This here is a list of movies I would recommend watching on the lead up to Halloween, or Halloween itself and I'm going to be aiming for more obscure movies instead of the classics you've seen on these lists a million times. There'll be no movies like The Exorcist, Alien or Nightmare on Elm Street here. So if you'd like some recommendations for some movies that you may not have seen before, then you're in the right place.

These films are are ranked in no particular order. 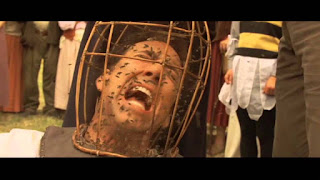 I thought I'd start with something a bit different so I could get it out of the way. I combined these three movies because they all serve the same purpose: trying to be scary while coming across as absolute comedies. Every single one has a classic moment that can be best enjoyed with a few drinks and a few friends. From Wicker Man's infamous bee scene (shown above), Mark Wahlberg's entire performance in The Happening, and....... well just about everything in Troll 2. All three are terrible but worth a watch for the laughs. 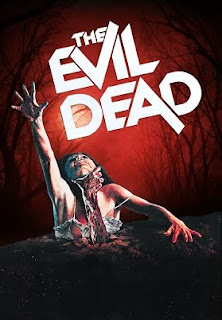 I was only going to go with Army of Darkness for this one but I decided to go with all four movies since they all deserve to be seen. The first one is more well known for how much it managed to do on a shoestring budget. It's pretty silly watching it back now but it still does have some scary moments with some being particularly gory. Some scenes don't work as well like the stop motion ending and the tree rape scene really hasn't aged well and is hard to watch for many reasons.

The second is an absolute favourite of mine as it runs with the goofiness and takes it to a whole other level with tons of memorable scenes and some of the best dialogue you'll ever hear. Plus the armless scenes are some of the funniest committed to film. I won't say too much more as I may talk about this one more at a later date.

Army of Darkness once again ups the goofiness factor to it's highest levels as this is no longer a horror film and more like a medieval comedy, but my god is it glorious. Check this one out immediately.

And finally we have the 2013 remake simply known as Evil Dead. I love this movie which is weird because I detested it's mere existence when it was first announced, but after one watch I was hooked. There's no goofiness to be had here as it's all serious with some major gore, practical effects galore and characters you can actually root for. Not to mention it has one of the most badass finales you'll see in any movie. 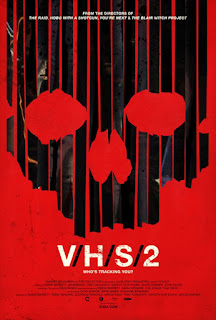 I'm honestly not the biggest fan of this franchise as I found the first very disappointing and I couldn't even finish the third one I was that bored with it, but my god this one is just fantastic and I can't sing it's praises enough.

The film features four short stories (five if you count the set up plot) and each one is worth a watch. The first story follows a man that has a bionic eye installed to test out which has a camera inside. Somehow this causes him to see dead people in his apartment that mean to cause him harm. I love the camera here as they found a way to make the found footage make sense as you see everything the main character sees. Great start.

It then moves onto a story that follows a cyclist that is turned into a zombie. The genius here is that the camera is a Go Pro attached to the cyclist's helmet and so you get to see how a zombie sees. It's all pretty gruesome too. Another good one.

The third one I'm not even gonna talk about as it's so batshit crazy that you need to see it for yourself. It's the best short story on here and worth the price of admission alone.

The fourth story may seem like a simple alien abduction story, but there's just something so unsettling about the look of the monsters and the way it's filmed that makes it seem so real.

All in all, a must for October. 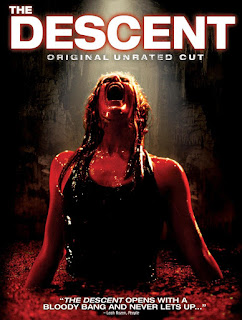 This is one that was talked about a lot when it first came out but seems to have fallen out of memory in recent years which is really unfair. This is one of the scariest movies I've ever seen and is a total nightmare for anyone that suffers from claustrophobia. The first two acts are nothing like your traditional horror film as it's mainly the group of girls trying to escape from a cave system, but the collapsing tunnels and dark areas make you feel like you're really there and it can leave you feeling breathless.

The third act, however, is where the shit really hits the fan and things go from bad to horrific pretty quickly and it has some of the most nail biting moments you'll see in a horror. Definitely check this one out.

Return of the Living Dead 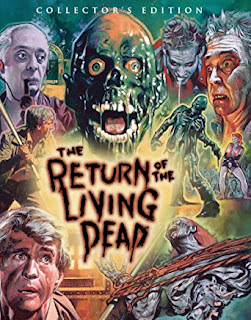 This is one of the first horror movies I'd ever seen ad I think I may have been around 8 or 9 when I initially watched it. It used to freak me out but watching it back now I realise how ridiculous I was. This is basically a dark comedy take on the zombie genre and is just a blast to watch from start to finish. The zombies are great (and can even speak) with one of the most memorable ones in the form of the slime monster which is easily my favourite part of the film. It is a bit cheesy by today's standards, but I'd say it's ideal to have in the background during a Halloween party.

Behind the Mask: The Rise of Leslie Vernon 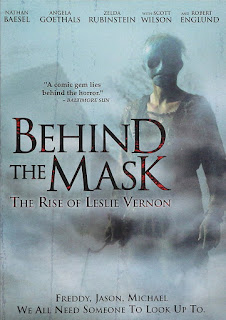 This may be the most obscure movie on the list and it's one I've actually only seen once a few years ago, but man was it memorable. Without spoiling anything, the movie follows a journalist as she documents the movements of a serial killer while he shows her his plans which are basically all the rules of any slasher flick. It does sound a bit like Scream admittedly as it is quite meta, but it's just so clever and so fun it's hard not to love it. If you enjoy your slasher horror films, then this is one that should definitely be on your watchlist. 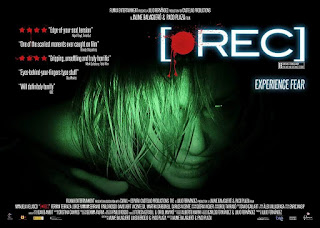 I put this one here because whenever I mention it, everyone thinks I'm talking about the American remake known as Quarantine which sucks so don't watch it. This is the original Spanish version which is vastly superior in just about every aspect. Like the Descent it starts off claustrophobic with our characters stuck inside a building while dealing with what seems to be some kind of outbreak. The pacing is excellent as it all leads to a terrifying finale that will give you nightmares for weeks. A found footage classic to check out for sure. 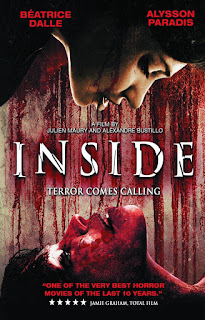 I'm not even sure this can be classed as a horror film as it's more of a thriller than anything, but my god is it absolutely disturbing. This is another foreign movie this time taking place in France. Whenever I mention this one, the fact that it needs subtitles puts people off but I'd highly recommend checking it out. Without spoiling the plot, the story follows a pregnant woman in her home who is suddenly stalked by another woman who seems to want to take her baby for herself, even if it means cutting her open. This is such a tense movie as you're desperate to see this poor woman escape from this situation, and the gore is enough to have you look away from the screen.

The Autopsy of Jane Doe 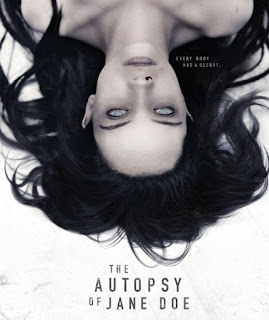 When I first heard about this movie I wondered how they could make a good horror story out of a simple autopsy. By the end I wondered how I could even question this in the first place. I only watched this one recently but man did I love it. I can't go into plot details as the fun is in figuring out the story as it goes along. Just know that this film knows how to be creepy, in subtle, quiet moments that will stick with you for a while.

And that's my playlist for films that deserve a look this Halloween season. I thought about adding others like Oculus, Babadook and It Follows, but those ones are pretty well known by now and I had enough here to work with.

Did I miss any others you think should be here? If you have any other recommendations for people feel free to leave a comment below. If you have any movies you want me to review as well, let me know.
Posted by rossd971 at 14:56