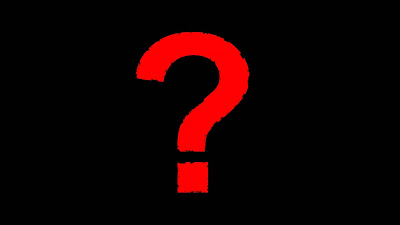 So what could it be? My favourite horror film of all time? One good enough to overcome all time greats like John Carpenter's Halloween or The Shining?

The suspense is killing me, although if you've read my top 10 favourite movie list you probably could have guessed it.

It's the one and only 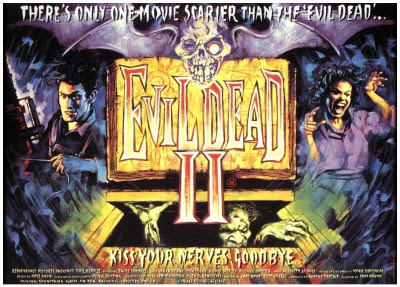 I love this entire series (yes even the remake, check it out) and out of all of them this was always my favourite and the one I went back to the most. This goes all the way back to my childhood as my dad showed me Army of Darkness when I was around 7 years old and then showed me this one when I could handle it and I've loved it ever since. It may be the reason why I'm so in love with the horror genre today and showed me what the genre was capable of when done perfectly.

So why is it so good? Let me explain.

First off this isn't really a sequel to the original and is more like a remake now that director Sam Raimi has a much bigger budget to work with so you don't have to watch the first one to understand what's going on.

The basic plot follows Ash ,played by the always awesome Bruce Campbell, as he takes his girlfriend, Linda, to a remote cabin in the woods for some alone time. Before long an evil spirit is unleashed and Linda goes missing, leading to Ash and a few others fighting for survival against some creepy demons.

This movie is basically the horror equivalent of Mad Max: Fury Road in that once it starts it never really stops for a breath for the full 80 minutes. The shit hits the fan within the first 5 minutes and from then on it's memorable scene after memorable scene.

It isn't just a straight up horror film either as there's quite a few comedic moments, including some slapstick, as it's obvious this isn't meant to be a serious movie and everyone's just having fun here. This is a goofy movie at times but in the best way possible. I mean if you've even seen the severed hand scene you know how hilarious it is and how well it works within the confines of the movie.

Not that it can't be scary either. Trips to the cellar and the dark woods are never particularly pleasant and there are a couple of jumpscares that might get you. Some of the special effects haven't aged as well but it's obvious that some are just here for laughs. 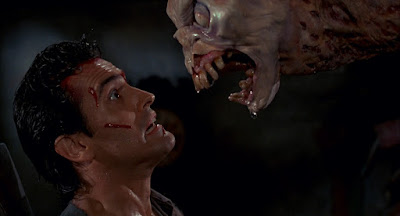 What really brings the movie together though is the performance from Bruce Campbell as Ash which is one of my favourites and I don't know why I haven't dressed up as him for Halloween. The other characters aren't that memorable but Ash carries the film all on his own as it could have just been him for 80 minutes and it would still be entertaining. He can go from a cowardly, clumsy dumbass to a chainsaw-wielding badass in the drop of a hat and he does this flawlessly.

Aside from some boring side characters I really don't have any issues with this movie as it has just about everything I could want from a film. Even the ending is great and comes totally out of nowhere but still makes sense to the tone of the movie and set up a fantastic sequel.

Scary, funny as hell, a quotable main character and just total insanity throughout, this is one of the funnest movies ever made and one I will continue to watch for the rest of my life. If you haven't seen it I completely urge you to check it out along with the rest of the series. You won't regret it.