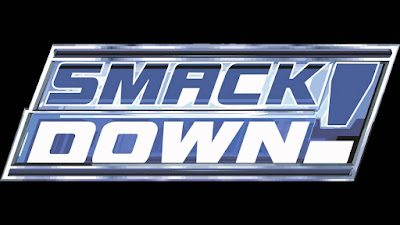 So long story short, I've missed reviewing wrestling a lot. I was looking to do a complete year in review with every Raw and every Smackdown with the PPVs in between. I thought I'd go with 2004 seeing as this was the year I first became a wrestling fan so it should be pretty nostalgic to me.

Also here's a quick plug for the site where I write movie reviews on a weekly basis: fpgnews.com
There you can find more content about wrestling, gaming, music and some other great stuff.


We first take a look back at last week where Hardcore Holly was forced to partner with an injured Shannon Moore to face Matt Morgan and A-Train. If he lost, his career was over. If he won, he got a shot at Brock Lesnar with the WWE Title on the line.

I wish I'd watched that episode actually as that match looked pretty good and made Holly look like a solid contender. Holly vs Lesnar is now official for the Royal Rumble PPV.

Good choice to kick off the first WWE show of 2004. I love seeing Tajiri coming to the ring with Akio and Sakota like some second rate Yakuza. Michael Cole promises a big surprise for later tonight. Of course Mysterio started the match with some high risk moves as you'd expect, while Tajiri's back up distracts the ref to put Rey at a disadvantage.

The commercial break did ruin the flow a bit as usual. This was a pretty good opening match as they kept the fast pace going throughout and we got some good false finishes towards the end as well. I do think it could have been saved for the Rumble as the finish showed Rey overcoming all three men against him, and picking up another Cruiserweight Title win.

After the match, Mysterio says he's happy to win the Title and wishes everyone a Happy New Year. This brings out The Big Show for a talk.

Actually he's out here to shill a new piece of merchandise. It's a t-shirt saying 'Chicks Dig It Big'. Oh god did that really exist? Rey steals it from him and throws it into the crowd. That leads to brawl with Show getting the upper hand. Hardcore Holly makes the save and Show eats a 619.

Show on the mic was pretty bad but it was a fun segment that the crowd enjoyed. Plus it sets up a potential match for later.

We're now backstage and Big Show is enraged. He smashes the place up and Paul Heyman runs in to stop him. He makes a match for later between Show and Holly. Could be fun.

Who could have ever guessed at this point that Bradshaw would be the WWE Champion in the next five months. Bradshaw's looking for revenge for his partner Faarooq as Rhyno beat him last week with a low blow. Apparently this is the rubber match.

The match only lasted about a minute with Bradshaw winning with the Clothesline from Hell. I thought it would be short but I didn't think it would be that short. Decent power match while it lasted at least but it made Rhyno look like a jobber.

We now have a montage video showing the WWE Superstars visiting the troops in Baghdad.

Backstage, John Cena berates Paul Heyman for not coming over to visit the troops with the rest of the Smackdown stars. In response to this, Heyman gives Cena and a partner of his choice a match against all three members of the FBI in a handicap match. If Cena and his partner lose, then they're out of the Rumble match.

Good partner choice from John there. It's still weird seeing Cena with his thuganomics gimmick, getting the crowd to swear for him. Hard to believe he'd be the king of PG in a few years.

This was pretty one-sided to start with as The FBI totally cornered Cena. I did like that Benoit never hesitated to break up any pin on Cena as you could see he was desperate to enter the Rumble. The match was another short one but it was fun while it lasted, especially once Benoit got the hot tag and cleared the ring. Some more good false finishes as well. Benoit makes Stamboli tap to the crossface to earn his and Cena's tickets to the Rumble match.


Kurt Angle is back! I had no idea he was away and how long he was away for. He's happy to be back. He wants to thank the troops as he felt proud to be an American after visiting a few weeks ago. He praises all the soldiers having to take time away from their families to fight for the USA. Kurt's not a soldier, he's a wrestler and he's gonna kick ass in the US. He official enters himself into the Rumble match.

A damn good, passionate speech from Angle. If I didn't know who won the 2004 Rumble, I would have put him as the favourite.


Hardcore Holly vs The Big Show

Good luck to you Mr Holly. I should probably also mention that Show is the current US Champ as this point.

Like all Big Show matches around this time, this was pretty slow. Show looked like he was totally out of breath just two minutes in. So basically nothing much happened until Mysterio showed up with a steel chair. Show got rid of him quite easily and then Holly kicked him in the balls to end the match in a DQ. Holly almost goes full heel when he assaults Show with the chair and busts him open.

Kind of makes me feel sympathetic for the big guy.

Billy Gunn is returning at the Royal Rumble. Was that really considered a big deal?

Chris Benoit is backstage to laugh at Heyman now that he gets to enter the Rumble match. It was probably a bad idea to gloat seeing as Heyman makes him the number one entrant in the Rumble match. Don't worry I think it'll work out fine.

Backstage, Eddie and Chavo Guerrero have an argument about Eddie wanting to enter the Rumble match. Chavo thinks he's being selfish and they need to work on being a successful tag team.

I remember these guys had a bunch of good matches in 2003, so I was hoping that this one would be the same.

It was fine, but this one was focused more on the story as Chavo had multiple chances to tag Eddie into the match but refused to do so and fought the match on his own. It took Eddie having to hilariously drag Chavo to the corner to tag himself in. The match was pretty short but it was decent while it lasted. Chavo tried to copy Eddie by going for a frog splash but it backfired and he ate a superkick to end the match.

Chavo takes the mic and blames Eddie for the loss. He feels disrespected as Eddie gets all the attention from the crowd. He's sick of Eddie and slaps him in the face. Eddie fights with his emotions and tries to strike Chavo, but Kurt Angle of all people comes out to stop any fighting.

Backstage Eddie is angry and wants to find Chavo. Angle tries to calm him down and pretty much fails in doing that.

And that's the end of the show. Slightly anti-climatic there.

All in all it wasn't a bad show. There's couple of decent matches in there and we got some angle advancement for the Rumble PPV as a couple of matches have now been set up. We've also got a few entrants for the Rumble match confirmed as well.